You are here > Home > Explore > Whitchurch 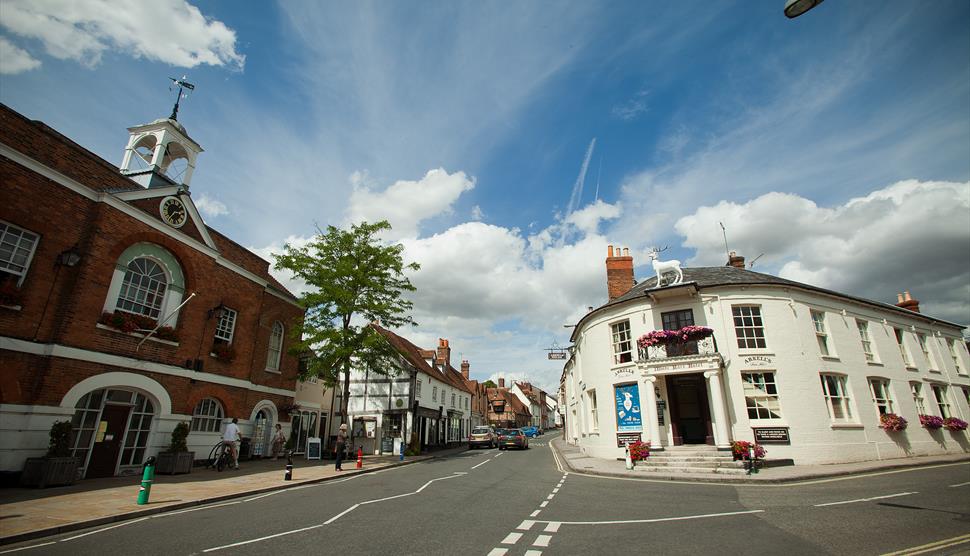 Situated on the River Test and surrounded by picturesque rolling countryside, Whitchurch is Hampshire’s smallest town. Early settlements here date from around 400BC, and there is also evidence of a Roman presence with archaeological excavations unearthing ancient tools and pottery. The town has had a church since the 9th century with the present All Hallows building dating from the 1200s.

Much of this charming town is a conservation area and contains many listed and notable buildings. The river has had a significant role in the town’s history, and led to some of its earliest industries with five Mills being built in the area for silk, grain, wool and paper production. Bere Mill was built by the Portals family in the 18th Century and went on to supply paper to the Bank of England. Near the centre of the town is ’s only working Silk Mill, which welcomes visitors. The building dates from 1815 and started producing silk soon afterwards.

There is an attractive waymarked walk known as The Mill Trail along the River Test which passes five historic mills, including the Silk Mill. River crossings allow short cuts to create walks of 2, 3.5 or 4.5 miles.

The North Wessex Downs, an Area of Outstanding Natural Beauty, is only a short distance North West of the town. This beautiful countryside is home to Watership Down, immortalised in the famous book of the same name. In fact, the author of Watership Down, Richard Adams, lives in Whitchurch.

Whitchurch is on the A34 north/south route which links Southampton to the Midlands and the north, and is also just three miles north of the main M3/A303 London to West country route. For traffic from Andover or Basingstoke, the B3400 connects directly.

Whitchurch railway station is situated on the northern edge of the town and is on the main London – Exeter railway line with trains approximately every hour in each direction, with more during peak times.

Whitchurch is served by regular buses on weekdays and Saturdays with services to Basingstoke, Andover and Winchester.