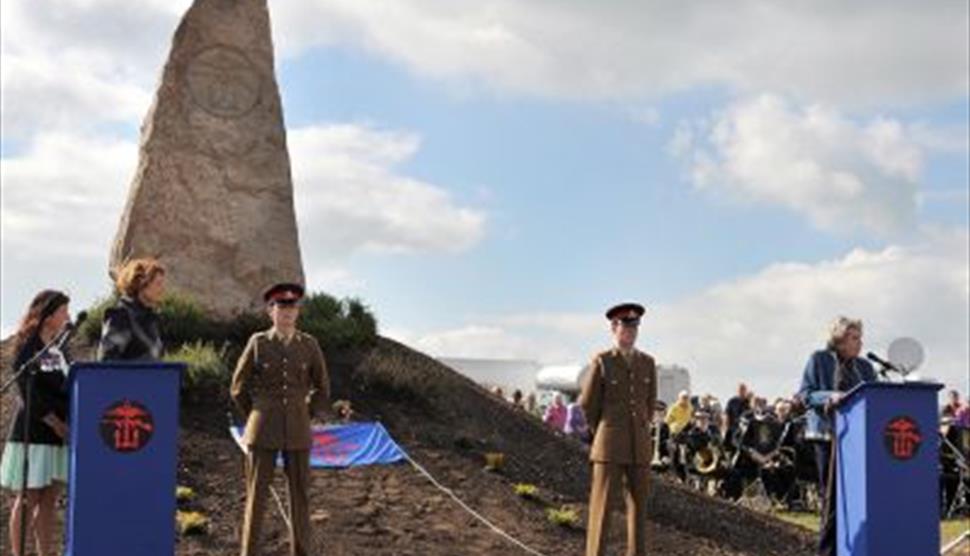 The story of the World War Two Combined Operations Pilotage Parties unit, code-named COPP, is one of the greatest in the history of clandestine operations. The achievements and exploits of the volunteers were extraordinary. This top secret unit of less than 200 men won over 90 medals and commendations. They carried out secret reconnaissance missions on proposed enemy-held invasion beaches and the information gathered safeguarded the lives of thousands of Allied servicemen.

The WWII Heritage Trail along the coast of South Hayling is a lasting record of Hayling’s role in the war years. The Island’s population almost trebled as the holiday camps, hotels and large houses were taken over by the armed forces. There are six information units, starting at the Ferry, the site for construction of four Mulberry Harbour sections, Sinah Common gun battery, The Inn on the Beach, HIADS Station Theatre, the COPP Memorial and Eastoke Corner.