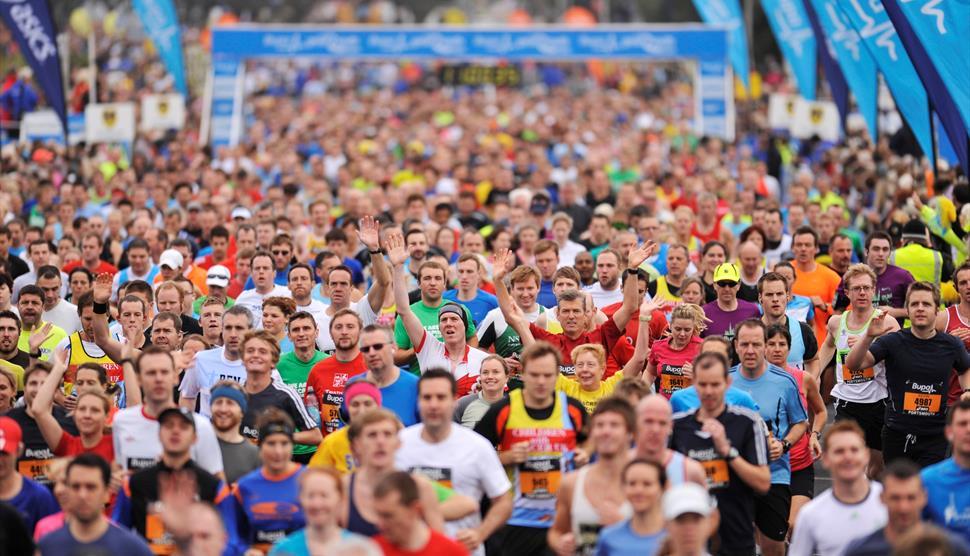 The world's premier 10-mile running event is returning to Portsmouth in October 2018.

The Great South Run is a flat, fast course along paved routes for the entire duration - which means it's perfect for setting a new personal best. The route will also take runners past some of Portsmouth's best scenery, including the Spinnaker Tower, Southsea Seafront and through Portsmouth Historic Dockyard (past Nelson's flagship HMS Victory).

Starting and finishing on Clarence Esplanade in Southsea, the fast and flat course takes you through Old Portsmouth, home of the Portsmouth Cathedral, before entering the Historic Dockyard. Here you’re granted permission to run past the Royal Navy’s current naval ships, and some of the most famous in the world – including HMS Victory, HMS Warrior and the Mary Rose museum.

After exiting the Dockyard you reach the halfway point on Winston Churchill Avenue, before making your way back towards Southsea Common, where you’ll complete the final two miles on the scenic seafront.

The course is steeped in history dating as far back as 1212 and features charity cheering points, boost zones, bands on the run and unrivalled support from local residents and spectators.

It's not all about the big event, though. There are a number of other races taking part across the weekend, to suit all ages and abilities.

Sorry, this event has passed

Parking is provided on Southsea Common during the event. Take the M275 into the city then follow the yellow signs.

Please note, there will be road closures across the city during the weekend to accommodate the race. Please check ahead and plan your route accordingly, leaving extra time for hold ups.