You are here > Home > Explore > Wickham 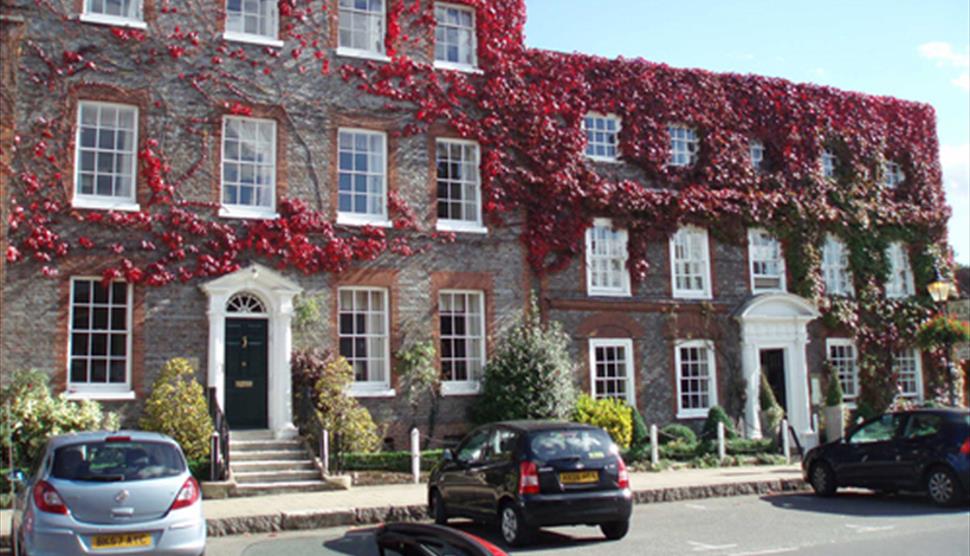 Wickham is situated in the beautiful rolling countryside of the Meon Valley. The village was a Roman military post and Saxon settlement, mentioned in the Royal Charter of 826. The village’s most famous resident, William of Wykeham, went on to be Bishop of Winchester, twice Lord Chancellor, and founder of Winchester College and New College Oxford.

The second largest medieval market square in England forms the heart of this bustling village. From 15th century cottages to beautifully preserved Georgian houses, take time to appreciate the architectural details of the Square. With a number of independent shops selling unique gifts, chocolates, crafts and antiques as well as fantastic tea rooms and restaurants, Wickham is a great place to spend the day.

Just a short walk from the Square are naturally formed Water Meadows, perfect for a walk, picnic or simply to spend some time by the water’s edge. Wickham also marks the start of the Meon Valley Trail, a nine mile path on the old Meon Valley Railway Line stretching north towards the village of West Meon. There are several points along the trail to stop off at villages, local pubs or for a stroll alongside the River Meon.

The Chesapeake Mill is an extraordinary Grade II listed building that has a unique history. Once an important flour mill for the village, the building is historically important as the timbers used in its construction were sourced from United States frigate Chesapeake, captured by the Royal Navy during the War of 1812. Today the mill offers a fantastic shopping experience, with an eclectic mix of antiques, home furnishings, gifts and jewellery.