The Hundred at The Ageas Bowl

The Hundred is a brand-new cricket competition and is coming to The Ageas Bowl in Hampshire for Summer 2020. The family friendly competition will run throughout the summer holidays from 17 July-15 August 2020, featuring some of the world’s best players in the most exciting matchups.

Southern Brave matches at The Ageas Bowl will start on Wednesday 22 July 2020, with the men’s team playing the Manchester Orignals.

As the competition hots up, the teams will compete in a home-based double header, with Trent Rockets travelling to the Ageas Bowl on Tuesday 4 August 2020, to take on the men’s and women’s teams back-to-back.

The teams will be eyeing the 14 and 15 August 2020, when the women’s and men’s finals days will be taking place respectively. Venues for both finals will be announced shortly.

To find out more about The Hundred, see the full list of fixtures and sign up for priority ticket access visit thehundred.com. To ensure you don’t miss a single Southern Brave match and have your summer of cricket planned, sign up to ECB’s digital calendar via this link. 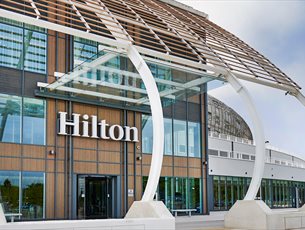 Hilton at The Ageas Bowl, SouthamptonHilton at the Ageas Bowl is the stunning, modern hotel located at the home of Hampshire Cricket in Southampton, Hampshire. The striking property exudes a sense of occasion, boasting spectacular views across the iconic Ageas Bowl cricket, concert and events stadium and Boundary Lakes, the venue’s… 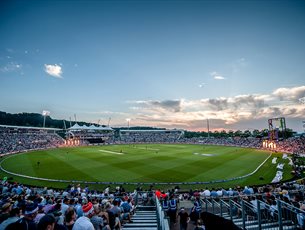 The Ageas Bowl, EastleighHampshire Cricket's home since 2001, the picture-perfect Ageas Bowl has established itself as an esteemed international venue across sport and entertainment.