You are here > Home > Things to Do > Square Tower 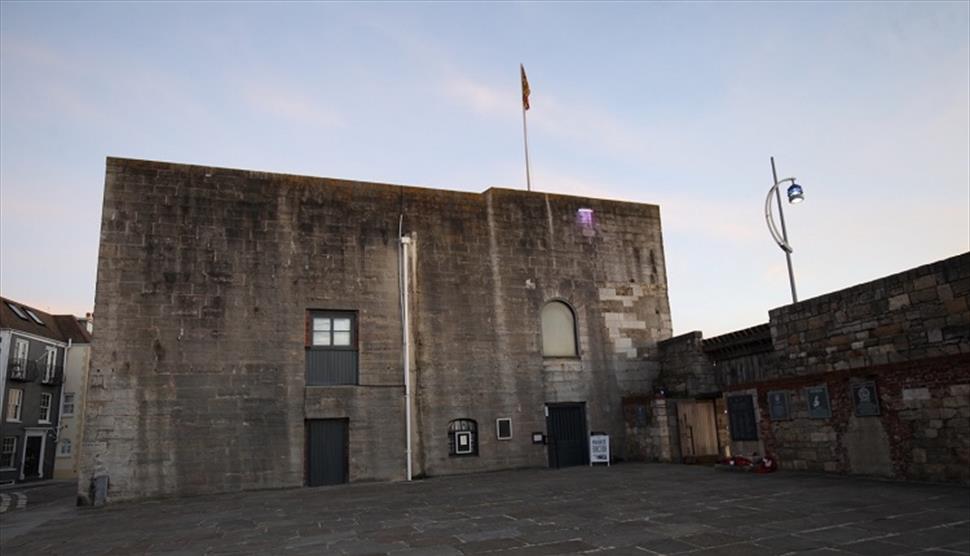 The Square Tower is one of the oldest surviving parts of Portsmouth's fortifications, built to defend the city and harbour. Though it has gone through a number of usage changes, the tower still maintains a number of its original Tudor features.

Built in 1494, during the reign of Henry VII, it was originally a fortified residence for the governor of Portsmouth. It has subsequently been used to first store gunpowder and then meat for the Royal Navy.

The Square Tower in Old Portsmouth, Hampshire, has always been an amazing venue for all celebrations, but now it is even better. The Square Tower hides two truly exceptional halls, within its Tardis like construction, which you can hire for your event. There is even a stage area, should you need it and tower's vaulted roofs help create fantastic acoustics and atmosphere.
The Square Tower offers the perfect historic setting for weddings, corporate events, drama and music events.

They are fully licenced to host weddings, civil ceremonies, plays, films, live music and to serve alcoholic drinks from 9am to 10pm, seven days a week.

The Square Tower is not open to the general public on a daily basis, but please check our 'Whats On' section for details of regular events.

Level access (i.e. no steps or thresholds) or access by a ramp or lift to the:
public toilet

Staff who have contact with visitors have had disability awareness training

This information is self-assessed; therefore we accept no liability for its accuracy. Please contact the venue for further information.