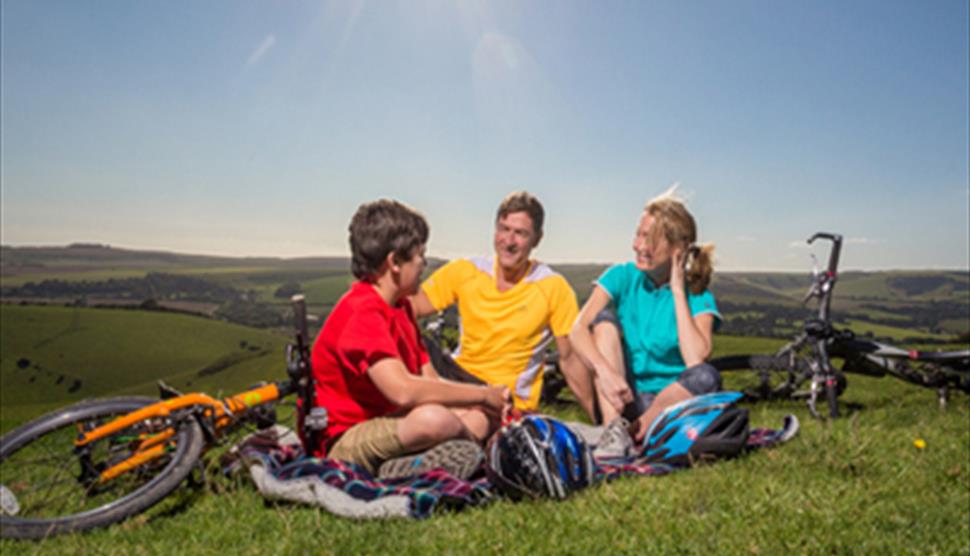 The Writers Connection and Meon Valley

This ride explores the western part of the South Downs National Park taking in some very pretty villages and stunning countryside. The route visits the homes of two famous writers, Jane Austen and Gilbert White, before heading south to the Meon Valley and returning to Alton via West Tisted and Ropley.

This challenging ride visits some of the best attractions and countryside the South Downs National Park has to offer.  It first makes a small detour to Chawton where Jane Austen spent the last eight years of her life and completed some of her best-known books including Sense and Sensibility, and Pride and Prejudice.  The route then continues through Chawton Park Wood before visiting the home of the ‘parson-naturalist’ Gilbert White in Selborne. The village is located in spectacular countryside at the foot of   East Hampshire Hangers which form a line of hills with steep escarpments at the eastern edge of the Hampshire Downs.

The ride then makes its way south to the pretty villages on East and West Meon before heading back to Alton via some undulating countryside around West Tisted and Ropely.

Alton is also the start (or terminus) of the Watercress Line, a heritage railway that runs 10 miles from New Alresford to Alton. The ride passes within a short distance of Ropley and Medstead and Four Marks railway station, which can be used to shorten the distance and return to Alton by train (mainly at weekends and during holidays).

Plenty of choice in Alton