You are here > Home > Things to Do > Langstone Harbour 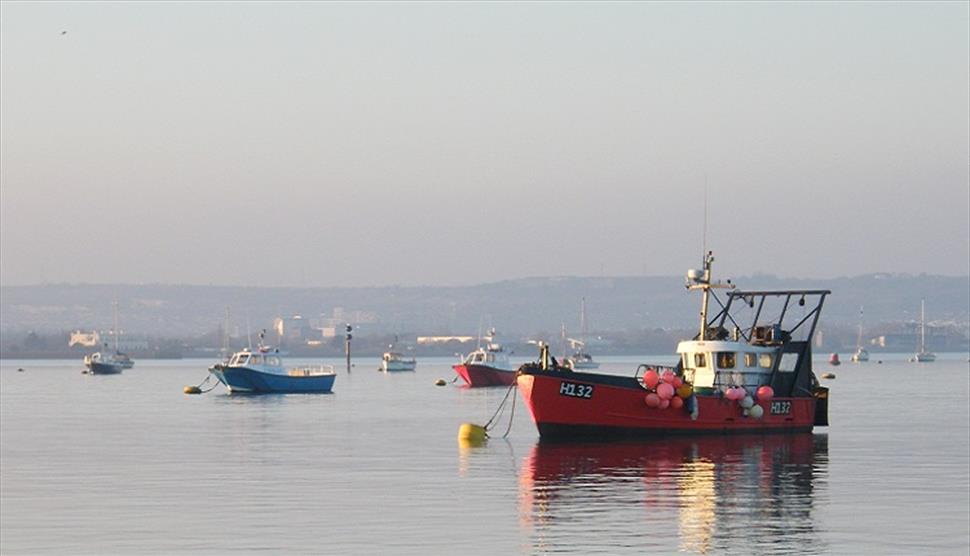 Langstone Harbour lies between Portsmouth Harbour to the west, and Chichester Harbour to the east. It is a tranquil and beautiful place, the heart of a dynamic urban area, and a vital part of an extensive biological system.

The Harbour is a haven for charter fishing boats and commercial fishermen. Recreational activities such as yachting, dinghy sailing, motor cruising, wind-surfing, water skiing (under license), jet skiing (with a permit) and canoeing are all well established.

This site is protected by the highest level of national and international wildlife designations due to the mudflats, which are rich in food and attract internationally important wildlife collections of wading birds, wildfowl and seabirds. Probably the most significant of these are the Brent Geese that breed in the Arctic region - 20% of the worlds population over-winter in the Solent area. Under the water an excellent array of life can also be discovered. Sometimes seals are spotted in the harbour, also attracted by the abundance of food.

This information is self-assessed; therefore we accept no liability for its accuracy. Please contact the venue for further information.